Lazio has some of the finest gardens in Italy: there are so many to see and some of the most famous are to be found within an hour of Casale San Pietro. We have decided to offer a Garden of Lazio Tour as we want to share some of these stunning gardens with our guests.

We are planning three full days of garden visits. We recommend a five day break at Casale San Pietro, so you can also have time to enjoy Rome and/or the local medieval towns and of course everything that the Casale has to offer.

We think May is one of the best times to do this tour, when all the spring flowers and blossom are out and everything is fresh and green – you can actually see the gardens coming to life.

We are offering a special rate from 875 Euro per person, which includes 5 nights Bed and Breakfast, Dinner included on 4 evenings, plus of course entrance to each of the Gardens below and transport with chilled water and Joe as your personal guide and chauffeur.

It does not include drinks and any food whilst on the tour.

19/05/2022 – Described by Monty Don and The New York Times as “The Most Romantic Garden in the World”, the gardens at Ninfa meander through the ruins of the once-great Caetani family’s estate.

The trees, plants, flowers, the roses rambling over arches and ruins, the bright green emerald weed swaying in the bottom of the river that runs through the estate, combine to make this a magical place. Looking upwards to see the village of Norma lining the ridge, it’s an implausibly dramatic setting.

Cardinal Nicolò III Caetani ordered the architect Francesco Perugino to build a garden in the area of Ninfa, but this garden fell into decay soon after the Cardinal’s death in 1585. During the 17th century Ninfa was gradually deserted due to the expansion of the surrounding marshes and the arrival of malaria.

However, in the early 1920s, a descendant, Gelasio Caetani, saw the potential of the gardens and, along with his English mother, decided to restore the gardens, and to some extent the ruins, but had the vision to mainly leave the ruins as they were, as their vision was clear – it would look so romantic. They started planting and what a vision: as you weave your way through the gardens, each new area you find is a feast for the eyes.

Ninfa is not far from the coast, so after the visit to the Gardens, Joe will take you to San Felice Circeo, which is a lovely little coastal town and you can enjoy a coffee, glass of prosecco or a cheeky Aperol Spritz.

Dating from the second century AD, Hadrian’s Villa (Villa Adriana), was built on a site owned by the Emperor Hadrian’s wife, Vibia Sabina. It consists of a roughly 30-building complex spread over 250 water-rich acres in Tivoli. The vast estate was designed to accommodate a few thousand people and indeed did so, as emperors tended not to travel light but moved about with entourages that included their court, servants, and visitors seeking patronage—a retinue that could rival the size of a small town.

The sprawling grounds contain numerous pools, a long canal, and streams – some are flanked by statues and temples, or by cypress and olive trees – others end in covered grottoes and arcades. Marcus Aurelius and Caracalla were among the famous Roman rulers who used the retreat.

Like Hadrian, Cardinal Ippolito D’Este, a member of the noble Este family (his mother was Lucrezia Borgia), built the splendid villa that bears his family’s name in Tivoli, a sort of sixteenth century version of the Hamptons, where the city’s elite spent summers away from the heat and intrigues of the Eternal City. The cardinal commissioned Pirro Logorio to transform the surrounding landscape which became one of the most famous, not to mention copied, gardens in the world, thanks to its ingenious feats of water engineering (using only gravity) and a seemingly endless assortment of fountains (one hundred line one promenade), nymphaeums, waterfalls and cascades.

So renowned were Villa D’Este’s landscape marvels that Europe’s best painters and artists, including Piranesi, Fragonard, Turner and Corot made pilgrimages here, their depictions spreading the fame of this extraordinary setting throughout the world. Mythological statues adorn many of the fountains, pools and terraces. The Neptune Fountain was created by Bernini, the master architect of Baroque Rome.

21/05/2022 – Rest day for you to relax around the Casale, have some delicious treatments or enjoy some local sightseeing.

22/05/2022 – Combining the influences of Versailles, Rome, and Tuscany, the Caserta Royal Palace and Park, north of Naples, was designed according to the wishes of Charles of Bourbon III by Luigi Vanvitelli, one of the greatest Italian architects of the 18th century. Caserta is considered a triumph of Italian Baroque, and ahead of its time. Expanding across 11 acres, the garden’s pools, fountains and cascades are aligned through a ‘telescope effect’, extending as far as the eye can see.

One of the last great European gardens, Caserta Royal Palace and Park borrowed from creations such as Versailles and the

What Does it Include? 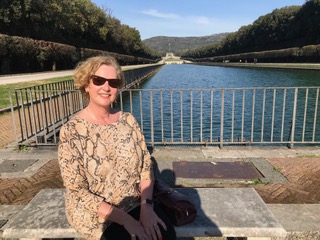 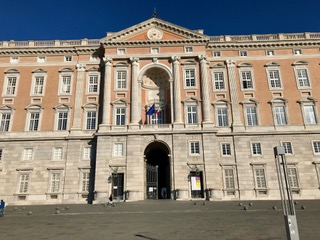 Book a Room
We use cookies on our website to give you the most relevant experience by remembering your preferences and repeat visits. By clicking “Accept All”, you consent to the use of ALL the cookies. However, you may visit "Cookie Settings" to provide a controlled consent.
Cookie Settings Reject AllAccept All
Manage consent

This website uses cookies to improve your experience while you navigate through the website. Out of these, the cookies that are categorized as necessary are stored on your browser as they are essential for the working of basic functionalities of the website. We also use third-party cookies that help us analyze and understand how you use this website. These cookies will be stored in your browser only with your consent. You also have the option to opt-out of these cookies. But opting out of some of these cookies may affect your browsing experience.
Necessary Always Enabled
Necessary cookies are absolutely essential for the website to function properly. These cookies ensure basic functionalities and security features of the website, anonymously.
Functional
Functional cookies help to perform certain functionalities like sharing the content of the website on social media platforms, collect feedbacks, and other third-party features.
Performance
Performance cookies are used to understand and analyze the key performance indexes of the website which helps in delivering a better user experience for the visitors.
Analytics
Analytical cookies are used to understand how visitors interact with the website. These cookies help provide information on metrics the number of visitors, bounce rate, traffic source, etc.
Advertisement
Advertisement cookies are used to provide visitors with relevant ads and marketing campaigns. These cookies track visitors across websites and collect information to provide customized ads.
Others
Other uncategorized cookies are those that are being analyzed and have not been classified into a category as yet.
SAVE & ACCEPT